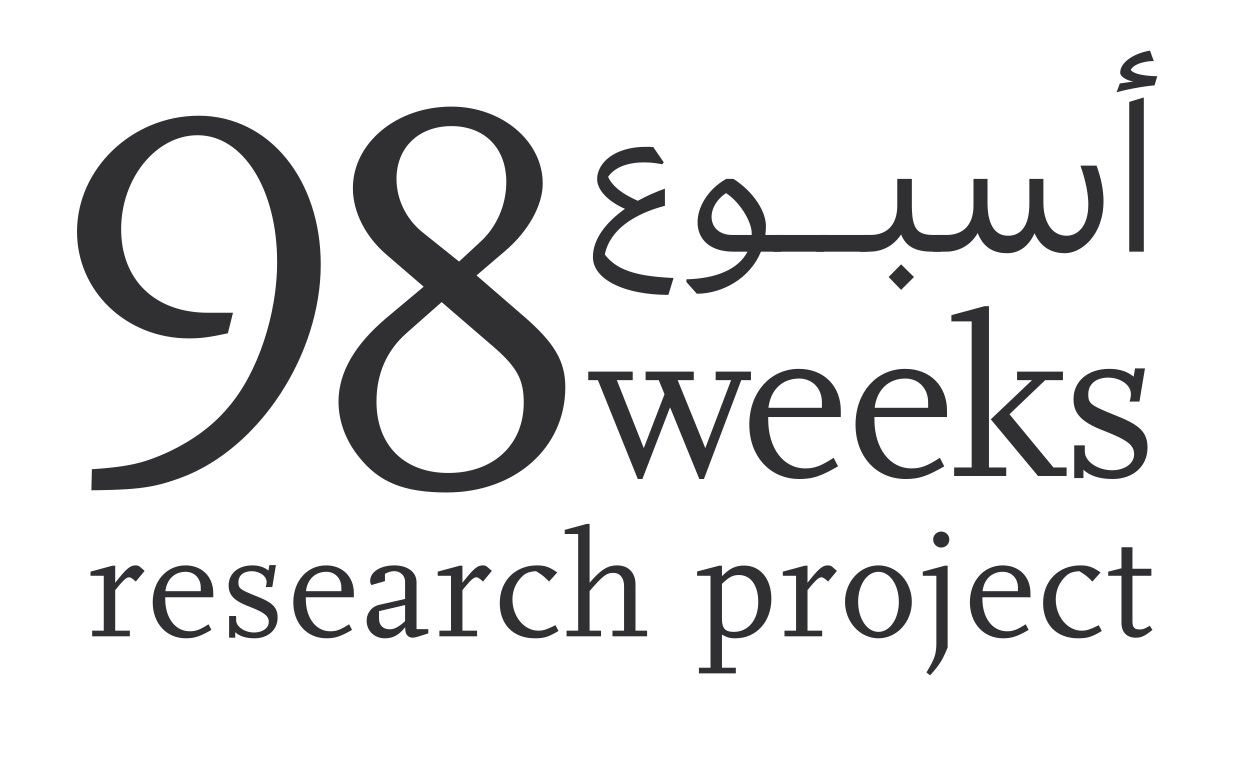 Ahmed Naje is a writer and journalist. He currently writes a weekly column in Al Masry Al Youm. In 2007, he published his first literary work Rogers. He has also written Saba’a Doros Mostaka Min Ahmed Makky (7 lessons learned from Ahmed Makky), an art criticism book, as well as Blogs from post to tweet, an historical book about Arabic blogs from 2003 to 2010, which was translated to English and published by The Arabic Network for Human Rights Information. Naje started blogging in 2005; his blog Wassa’ khaialak (Widen Your Imagination) is about sociology, pop art, and cultural and human rights issues. Naje won The Arab Journalism Award 2012; he is currently working on a new novel.

Joana Hadjithomas and Khalil Joreige collaborate as filmmakers and artists, living between Beirut and Paris. They have directed documentaries including Khiam 2000-2007 (2008) and El Film el Mafkoud (The Lost Film, 2003), as well as the films Al Bayt el Zaher (Around the Pink House, 1999), A Perfect Day (2005) and Je veux voir (I Want to See, 2008). They have presented their work at the 10th Sharjah Biennial, the 11th Lyon Biennial, and the 12th Istanbul Biennial. In 2012 they presented their feature documentary The Lebanese Rocket Society: The Strange Tale of the Lebanese Space Race as well as a series of artistic installations around Lebanon’s space project of the 1960s, with recent solo exhibitions at The Third Line, Dubai and at Beirut Exhibition Center (2012).

Nora Razian is a curator and part of the group that initiated and runs Batroun Projects in north Lebanon. Nora is based in London where she is Curator of Public Programmes at Tate Modern and Tate Britain.

Sophia Al Maria is an artist, writer and filmmaker. She studied comparative literature at the American University in Cairo, and aural and visual cultures at Goldsmiths, University of London. Her work has been exhibited at the Gwangju Biennale, the New Museum in New York, and the Architectural Association School of Architecture in London. Her writing has appeared in Harper's Magazine, Five Dials, Triple Canopy, and Bidoun. Al Maria originated the concept of Gulf Futurism. Her memoir, The Girl Who Fell To Earth (2012) is due to be published by HarperCollins.

Tarek El-Ariss is Assistant Professor of Middle Eastern Studies at the University of Texas at Austin, and EUME Fellow (2012-2013). He received a BA in Philosophy from the American University of Beirut and a PhD in Comparative Literature from Cornell University (New York). His research focuses on contemporary Arabic literature, visual and popular culture, and new media. El-Ariss is the author of Trials of Arab Modernity: Literary Affects and the New Political (Fordham University Press, 2013), co-editor of Queer Affects (Special Issue of International Journal of Middle Eastern Studies, 2013). He also edits the series on literature in translation Emerging Voices from the Middle East (University of Texas Press). His new book project The Arab Renaissance: Anthology of Nahda Thought, Literature, and Media examines new media’s effects on Arabic artistic and political practices by exploring the way modes of confrontation, circulation, and exhibitionism shape contemporary writing practices and critiques of power.

Yazan L. Al Saadi is a freelance writer and researcher primarily based in Kuwait, with interests in a number of subjects ranging from pop culture to politics, to sociological issues and economic theories. He is currently a writer for the Lebanese news site Al Akhbar English. Al Saadi holds a BA in Economics and Development Studies from Queen’s University, Kingston, Ontario and an MA in Law, Development and Globalization from the School of Oriental and African Studies, London.