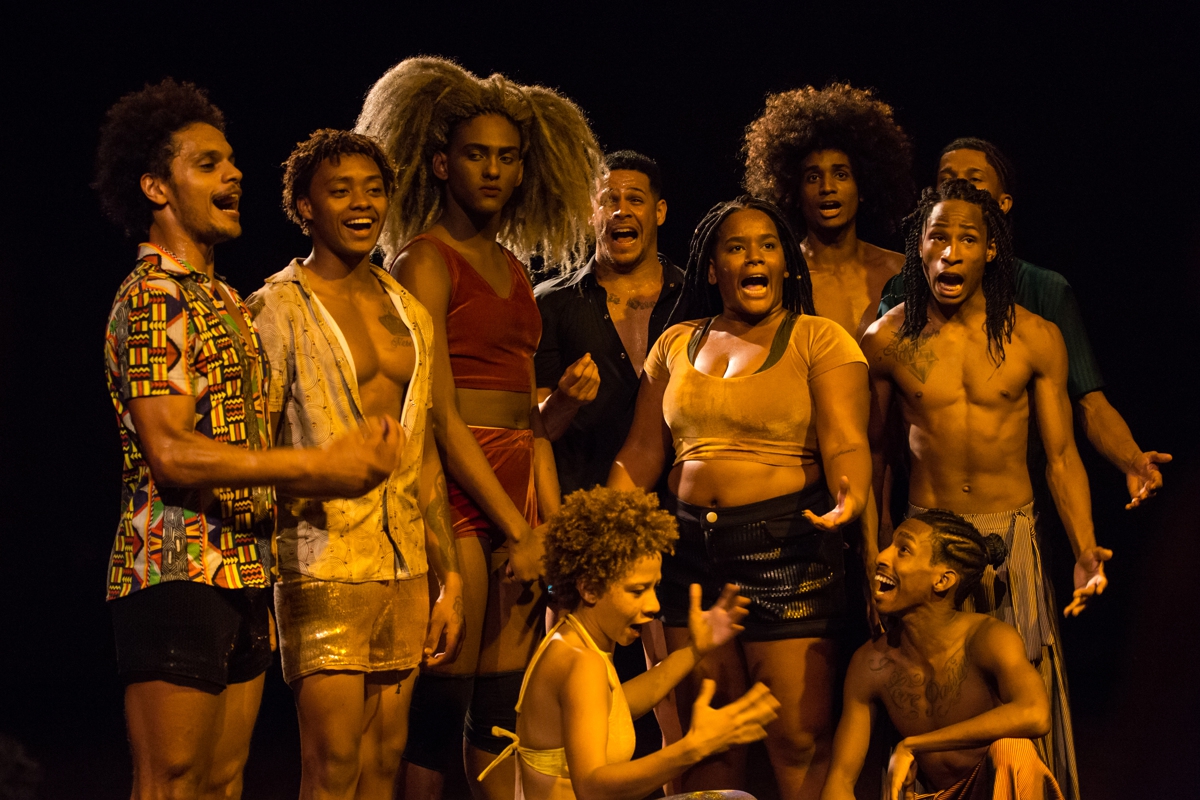 The Portuguese word cria has two literal meanings: ‘young being’ and ‘to create’. In Brazil it is used to convey the favela you come from: ‘I am cria from Complexo’. With CRIA, Brazilian choreographer Alice Ripoll combines these social, vital and affective interpretations into a rhythmic and sensual whole. Ten dancing bodies establish relationships of production, seduction and affection. Their movements propagate to a mix of funk and contemporary music inspired by Dancinha (‘little dance’), an urban dance style from Rio de Janeiro.

This presentation is made possible with the support of Sharjah Art Foundation.

Alice Ripoll was born in Rio de Janeiro. She studied to become a psychoanalyst until the age of 21 and then took a deviant path and started studying dance, as she felt very curious about the body’s possibilities and movement research. Alice graduated at Angel Vianna’s school, an important centre for dance and motoric rehabilitation, and started to work as a choreographer. She directed many pieces, performed a few pieces, mostly her own, and worked with actors and circus artists. Currently, her work embraces contemporary dance and urban dance styles from Brazil, researching spaces for the dancers to transform their experiences and memories into images. Alice directs two groups: REC and SUAVE. Her shows have been performed at several festivals in Brazil, such as Panorama Festival, Bienal SESC de Dança, Dança Gamboa Festival, Ceará Dance Biennial and Trisca – Arts Festival for Children; as well as abroad: Internationales Sommerfestival Kampnagel, Munich; Theater Spektakel, Zurich; Rencontres Chorégraphiques de Seine-Saint Denis, Paris; Projeto Brazil in four cities in Germany: HAU in Berlin, Hellerau in Dresden, Tanzhaus in Düsseldorf, and Mousonturm in Frankfurt; Centre National de la Danse, Paris; Festival de La Cité, Lausanne; and Norrlandsoperan, Umeå.

Directed by choreographer Alice Ripoll, SUAVE began with the creation of the performance Suave, which premiered at the Panorama Festival in 2014. Having as inspiration the Passinho (short step), a new style of urban dance that derived from Rio de Janeiro's funk, the show stood out for its unique energy, the quality of its performers, and the refinement of the structure created by the choreographer. The second performance of the group, CRIA, premiered in 2017. Inspired by the Dancinha (little dance), a derivation from Passinho dance, the performance explores a mixture of affection and sensuality through the interweaving of funk with contemporary dance.