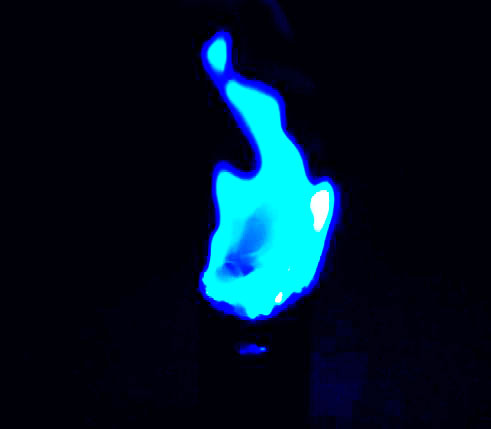 What if a body is too hot for this world?

In 1997, the American television program Unsolved Mysteries dramatized a case of spontaneous human combustion, in which a woman inexplicably burst into flames. Now dismissed as fiction rather than medical condition, spontaneous human combustion haunts the imagination: what might cause a person to burn from within? Some researchers have controversially suggested rage and climate change.

On 14 April 2018, LGBT rights lawyer and environmental activist David S. Buckel self-immolated in Prospect Park in Brooklyn, leaving behind a statement that read, “Pollution ravages our planet, oozing inhabitability via air, soil, water and weather…my early death by fossil fuel reflects what we are doing to ourselves.”

By 2050, the Earth’s warming will subject many inhabitants around the world to life-threatening heat waves.

A myth of fire: might spontaneous human combustion be a symbol for political heat, when life ignites as a response to the political and material conditions of rising temperature on the planet?

“Flamer” is often used as a denigrating name for flamboyant gay men, but to spontaneously combust is precisely to become a flamer, to burn more brilliantly than the world permits.