Don’t let the beautiful colors fool you, who would draw Goofy inside the rooms of grownups? 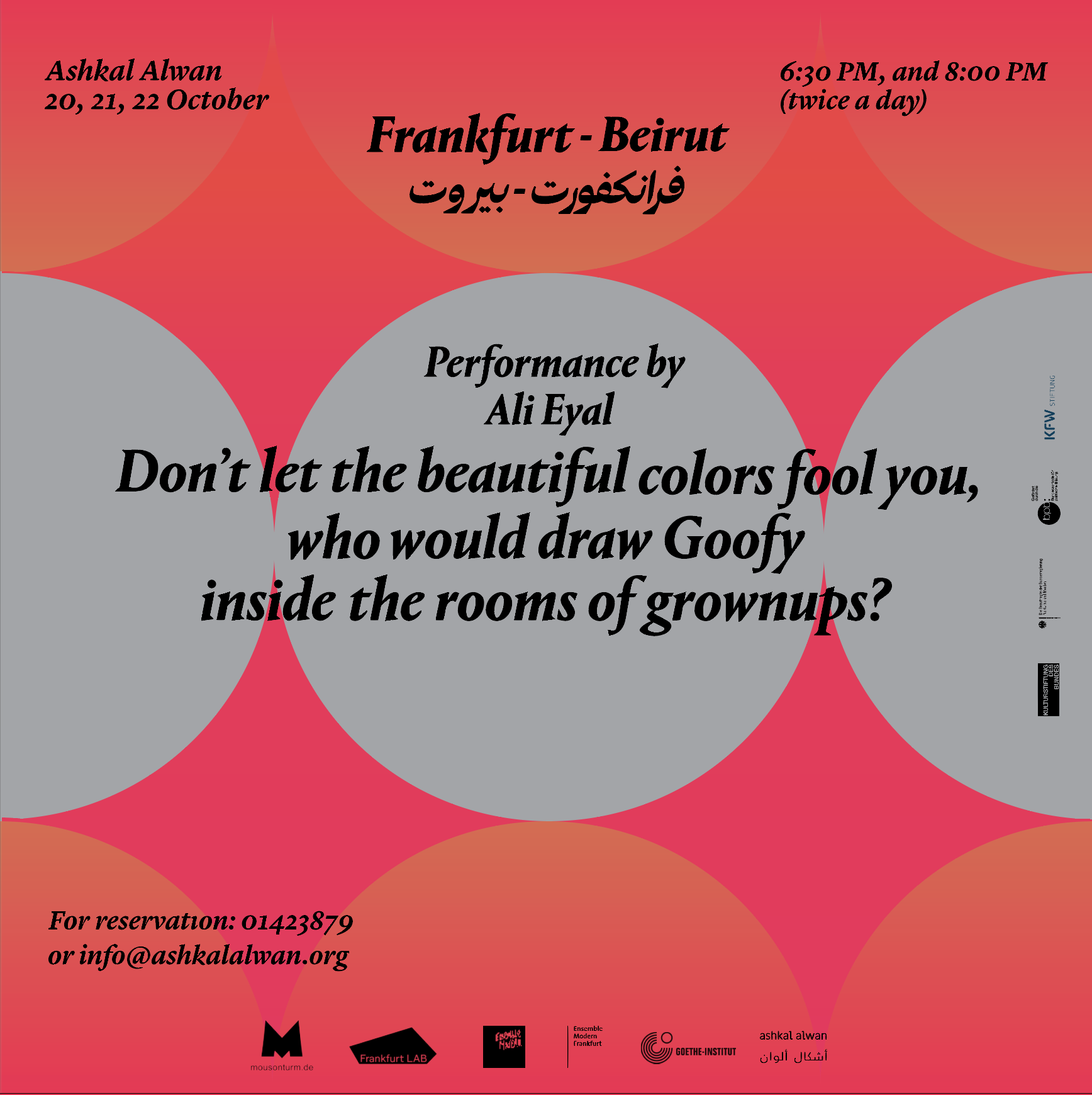 Don’t let the beautiful colors fool you, who would draw Goofy inside the rooms of grownups?

To reserve, please call us or send an email to: info@ashkalalwan.org.

There are criminals who commit unspeakable acts and yet lead innocent lives, since they are unable to picture what they’ve done. In “Don’t let the beautiful colors fool you, who would draw Goofy inside the rooms of grownups?”, artist Ali Eyal attempts to speak to these criminals’ conscience by infiltrating their private spaces. By way of a revengeful act, he paints the living room walls of his father’s murderer, No Name, with thousands of his victims’ faces, as well as the faces of those that remain missing, so as to expand the medium of drawing through performance. Eyal thus carves out a space between personal memory and collective history, all the while staging fictional encounters and ruminations on the Iraq war and its aftermaths.

Special thanks to Bokja and Christian Zahr.

“Frankfurt-Beirut”, organized by @goetheinstitutlibanonand Ashkal Alwan and unfolding across different venues in Beirut from October to December 2021, is a subchapter of “This Is Not Lebanon". Festival for Visual Arts, Performance, Music and Talks, held this past summer in Frankfurt am Main.