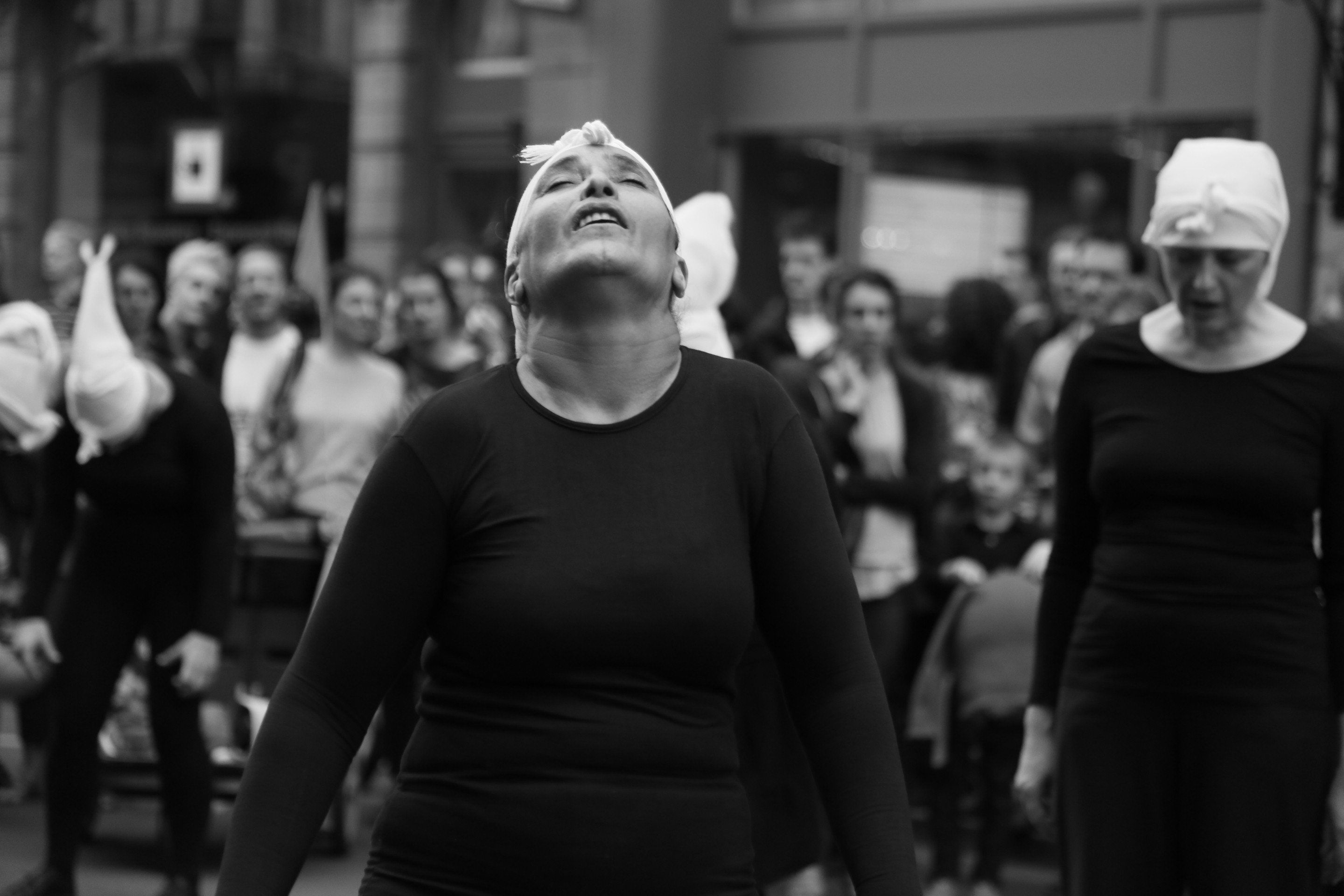 Bouchra Ouizguen is a Moroccan dancer and choreographer. Starting out as a self-taught and baladi dancer, Ouizguen has been a committed advocate of the local dance scene in Marrakech since 1998. In 2002, she partnered with Taoufiq Izeddiou to found the Anania Association. Eight years later, Ouizguen founded her own company, O. In 2010, she was awarded the New Choreographic Talent Award from France’s Society of Dramatic Authors and Composers. Her performances include Ana Ounta (2002), Mort et Moi (2005), Aita (2007), Madame Plazza (2010), Voyage Cola (with Alain Buffard, 2011), HA! (2012), Corbeaux (2014), and OTTOF (2015).

In Corbeaux, Ouizguen returns to the themes of origin and sensation – the connection to the mother, earth, and love. Corbeaux is an expression of femininity as it breathes life into a female Gregorian chant. Dressed in black with white headscarves, a troupe of silhouettes embark on a performance that combines repetitions and variations of vocal ranges and motions to draw in the audience, only to leave them ultimately with nothing but themselves. Artistic direction and choreography: Bouchra Ouizguen. Performed by: Fatna Ibn El Khatyb, Khadija Amrhar, Milouda El Maataoui, Malika Soukri, Zahra Bensslam, Fatima Jaafro, Noura Oujoute, Bouchra Ouizguen, Fatima El Hanna, Kabboura Ait Ben Hmad, Halima Sahmoud with a group of women from Beirut. Administration: Mylène Gaillon. Production: Compagnie O Marrakech. Co-production: Scac Rabat Maroc with the support of Institut Français de Marrakech and the Marrakech Biennale.