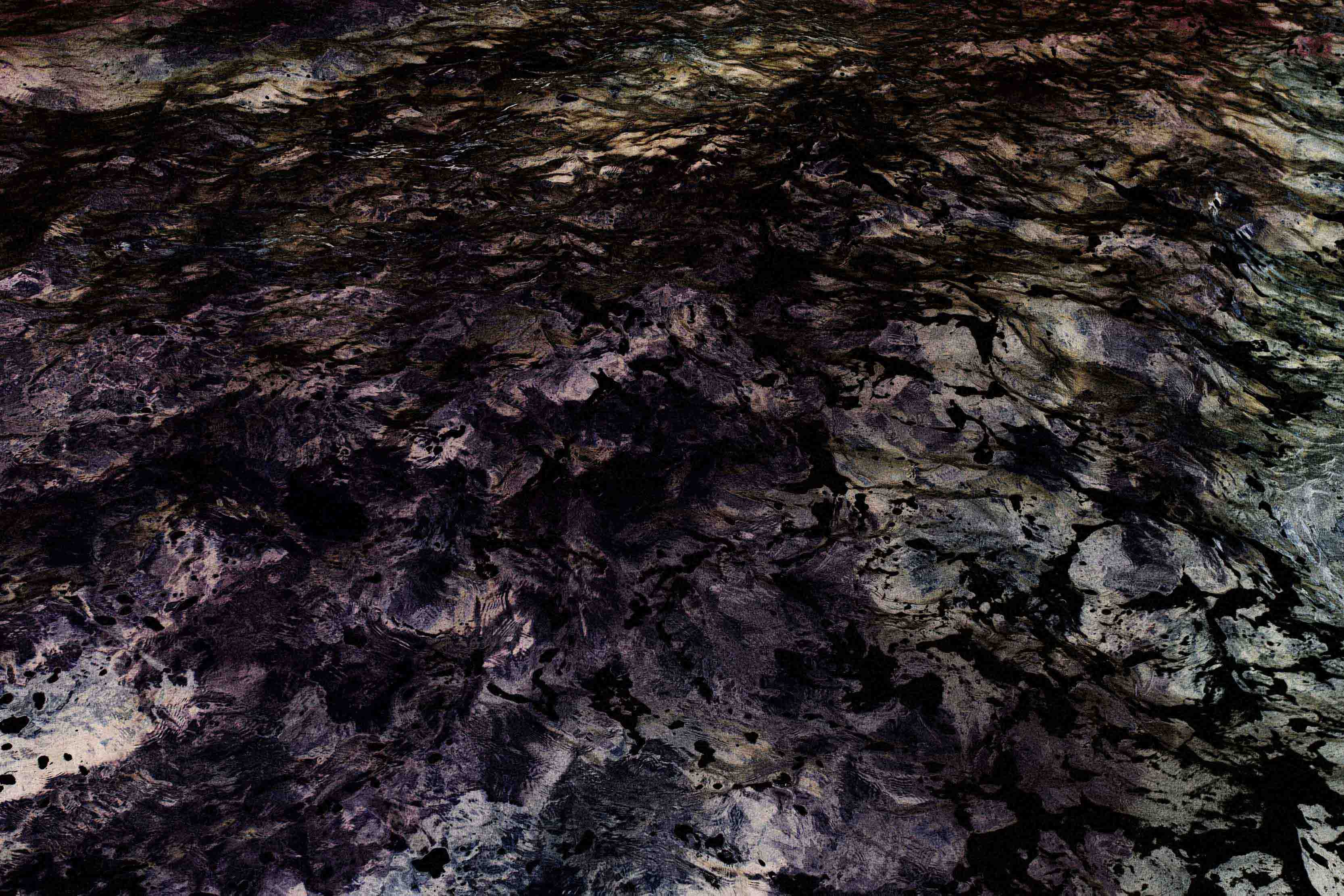 i said to myself: “ask them to choose a location and of it make a place for their sound.”

i said to myself: “hold the camera to the sounds they each make and of it make photographs.”

from the audible to the visual, sound had to momentarily sit in a place.

and there, my camera did photography, sonography and seismography.

the verbal connection between the arabic words for irrigation channel, also known as watering, المَسْقَى  (al-masqā), and music,  المُوسِيقَى (al-mūsīqā), is clear from their pronunciation. however, this connection, instead of being similar, will actually show that the two sides of the connection are related in sequential relationship, one coming after the other, one being the other’s conclusion.

the blind man’s cane has ceased to be an object for him and is no longer perceived for itself; its point has become an area of sensitivity, extending the scope and active radius of touch, and providing a parallel to sight. in exploring things, the length of the stick does not enter expressly as a middle term: the blind man is aware of it through the place of the objects rather than the position of the objects through it.

from the musician's point of view, the instrument has ceased to be an object for him, and is no longer perceived for itself; its point has become an area of sensitivity, extending the scope and active radius of his perception of the world, and providing a parallel to a sixth sense. playing his instrument, it does not enter expressly as a middle term: the musician is rather aware of the instrument through the music and not of the music through the instrument.

sonic territory is a publication that puts forth the relation between sound, land, body and image through photographic portraits of musicians in the alternative music scene in Beirut and Cairo, along with two essays, a text mapping the connection(s) between the musicians and a poem.

For the Beirut launch, Ziad Nawfal will be selecting music from the musicians portrayed in the project.

sonic territory is a recipient of an AFAC (Arab Fund for Arts and Culture) 2017 Visual Arts grant.