Performance | Can You Make a Pet of him Like a Bird or Put him on a Leash for your Girls? by Rana Hamadeh 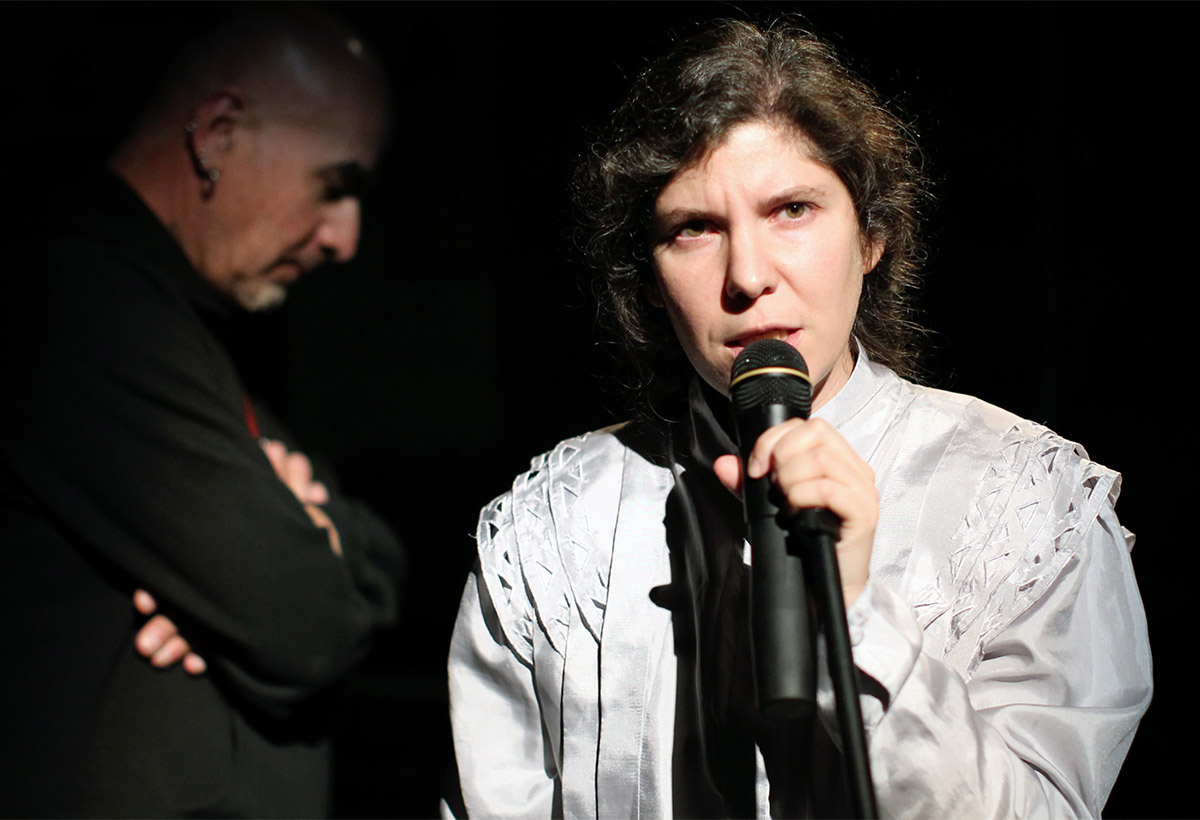 This cacophonous and delirious sound-play takes the Shiite ceremony of Ashoura, and its current political, military, and legal expressions within the Lebanese/Syrian context, as its field for commentary and research. It first decodes, then re-orders and re-composes the theatrical affects and technics that constitute the ta’zieh ceremony, calling into question what it means to emerge as a testimonial subject in place of the legal subject. An annual ritual during which mourners re-witness the slaying of al-imam al-Hussein (626–680 AD)—the grandson of the Prophet Mohammad and an allegorical reference to the ultimate figure of the oppressed—the Ashoura’ic oratorical tradition is addressed as a structural dramaturgical framework from which to read the theatrics of militancy and militarism in today’s Lebanon-in/and-Syria. Structured ‘through’ rather than ‘around’ Ashoura, this composition investigates the extent to which theatre operates as a technology of justice. For Home Works 8, artist Rana Hamadeh is presenting an adapted version of this work, proffering a new strand of questions.

This presentation is made possible with the support of the Arab Fund for Arts and Culture - AFAC.

Drawing on a curatorial approach within her artistic practice, Rana Hamadeh develops longstanding discursive projects that think through the linguistic, legal, and performative infrastructures and technologies of justice. In 2011, she initiated her ongoing Alien Encounters Project, which has since been operating as an incubator for a growing series of cartographic/theatrical, sound, and text-based works, examining systemic corporate and state violence and their enabling legal apparatuses. Since 2017, Hamadeh has been developing an 'Operatic practice', experimenting with networked writing and composing, and testing out models for collective thinking and study. Hamadeh is the recipient of the Dutch Prix de Rome (2017). Her previous solo exhibitions include Kunsthalle Winterthur (2019); Witte de With Center for Contemporary Art, Rotterdam (2017); Institute of Modern Art, Brisbane (2016); The Showroom, London (2016); and Nottingham Contemporary, UK (2015), among others. Group exhibitions include Sonic Acts, Amsterdam; SALT Galata, Istanbul; Momentum Nordic Biennale; The Moscow Biennial; New Museum, New York; and e-flux, New York.