Reading | A sea that builds by Lina Attalah and How Practical Are Queer and Feminist World-Making Projects? by Ghiwa Sayegh 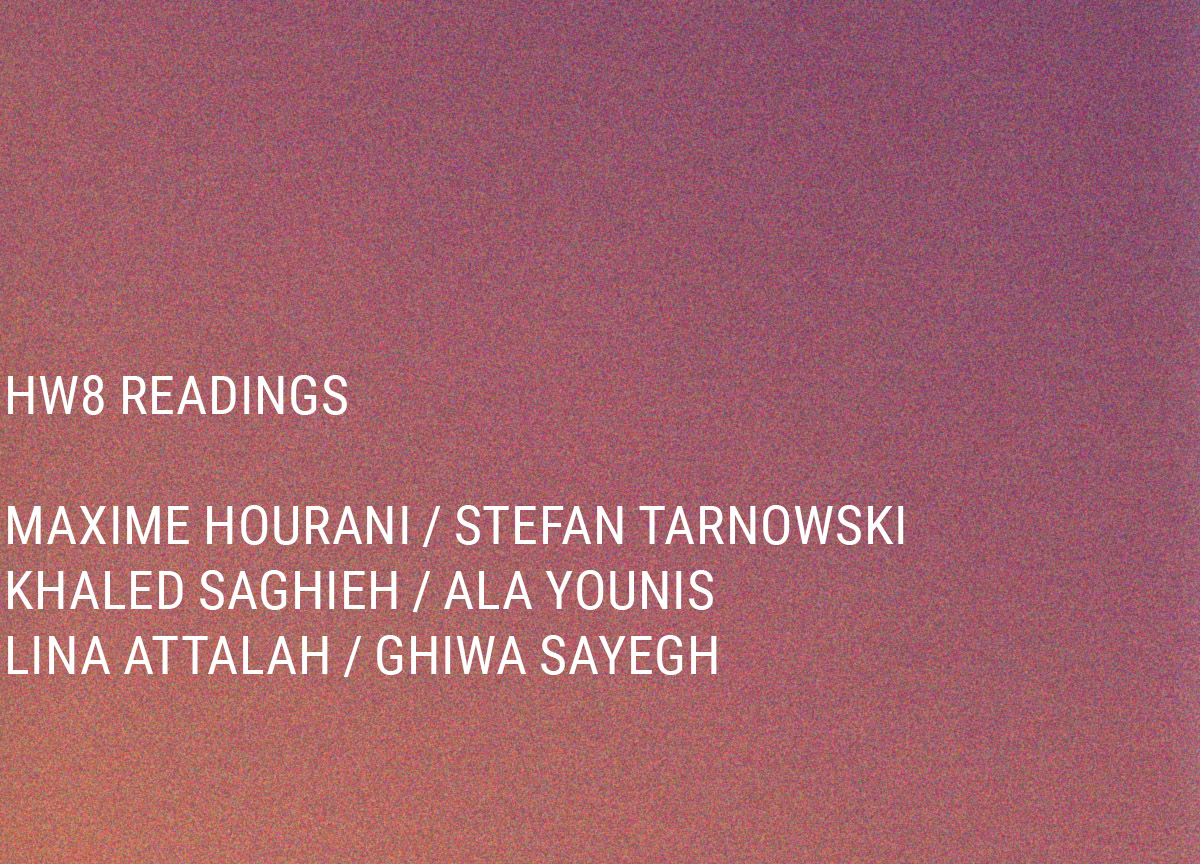 A sea that builds by Lina Attalah

In 1967, just as Arab armies were crushed in their war with Israel, the vessels of the Sea Organization started sailing through the Mediterranean Sea, digging for some hidden treasures. The naval force that the Sea Organization has become would be later described as a totalitarian entity and a paramilitary force. On the sea shores, the year is held as one that unleashed a popular turn toward religion in the Arab World, a product of the defeat among Arabs, as well as the victory of the Israelis. In both of their cases, the quest was for peace after a bitter deception, and gratitude following a proud triumph.

In their different movements, inland and in sea, devout monastic operatives are moved by the power of material collective bodies and a metaphysical cult. In their different movements too, there is the act of digging. In this text, Lina Attalah investigate movement unfolding and building, by traveling on the tracks of time⁠, the then and now⁠, and space, the land and the sea. The author attempts to engage both the palpable and the virtual in the eventual moments where a possible future is collectively imagined.

Lina Attalah is a Cairo-based journalist and is the co-founder and editor of Mada Masr, an Egypt-based independent news website. She was also the editor of Egypt Independent, an English language media publication also centered on Egypt’s politics, society and culture. Before that, she was based in Darfur, Sudan, where she led an informational radio program for local communities produced by the BBC. She has also been part of a number of artistic research-based projects on themes of intellectual history, maritime/desert (non) spaces, technology, and alternative learning.

How Practical Are Queer and Feminist World-Making Projects? by Ghiwa Sayegh

Practicality is a condition of the systems under which we operate and seek to change. Practicing “practicality” under such systems would thus mean applying the knowledge that neoliberal regimes and state machineries make available to us and are legible by their standards. All of the work we undertake is “world-making.” But by going after small gains, as is customary for civil society in Beirut, we solidify the foundations of the very same systems that insidiously destroy our ecosystems. We become the markers of a promise of change that will never materialize. Compromise leads to worlds we do not want to live in.

As a queer feminist, I was part of community-based world-making projects that, despite their discontinuity, held such radical potential. Oftentimes, in spaces considered queer, feminist, and visionary, processes are experienced much more divisively than they would be in sites of neoliberal patriarchy. It is perhaps due to these localities being perceived as a “safe” refuge, when they should also be experienced as sites of radical transformation that challenge our practical unwillingness to be uncomfortable and less safe. When I conceived of Kohl Journal more than 6 years ago, I believed that our feminist and queer histories merely needed an archival site, a platform to challenge the localities of knowledge and “subjects” of research. Our archival sites are not in radical platforms such as Kohl; they are found, rather, in our uncompromising acts of resistance and dissent, and our imaginaries-realities as daily practices of world-making.

Ghiwa Sayegh is a queer feminist writer, publisher, and archivist. She is the editor in chief of Kohl, a journal she has conceived, and the co-founder of Intersectional Knowledge Publishers. She is passionate about the intersections of sex and sexuality, migration, global economies, and feminist histories.