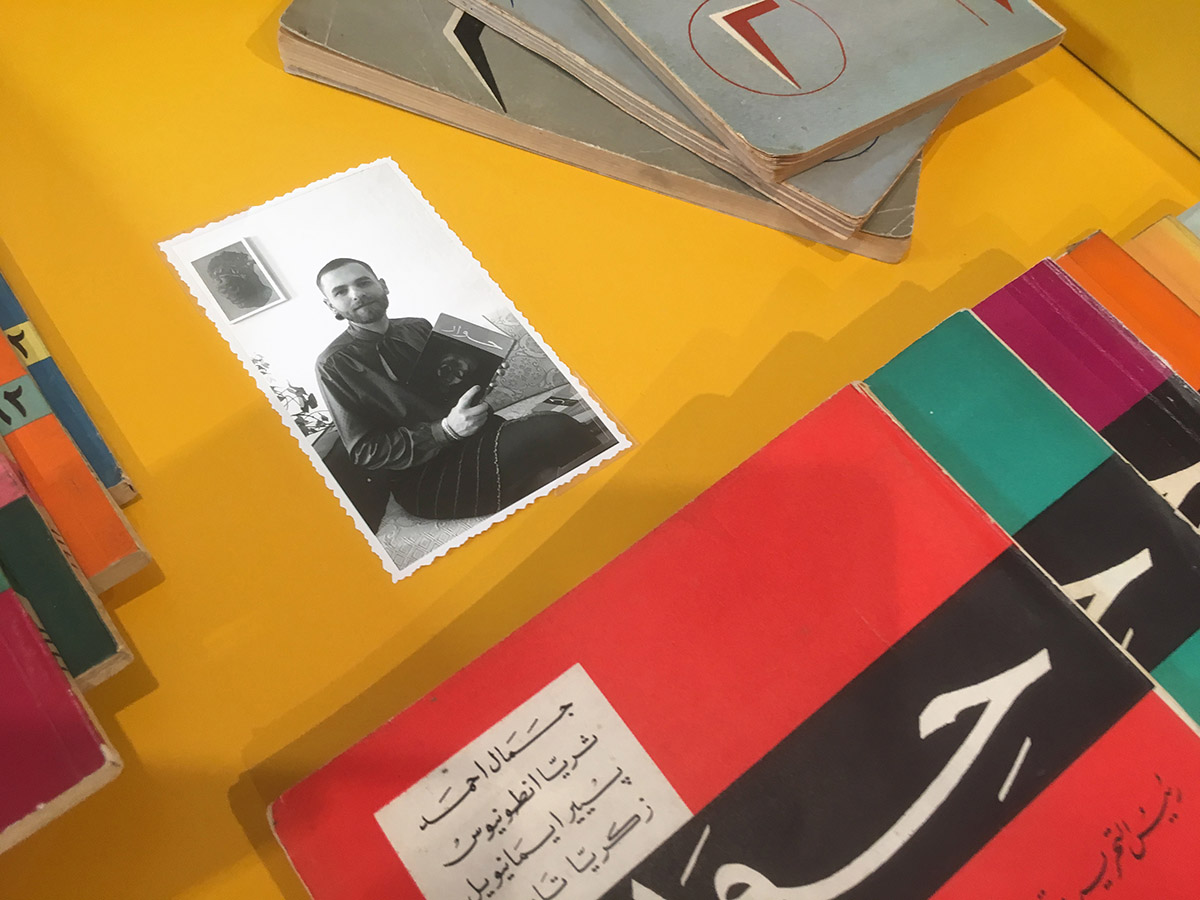 With their lecture performance Borrowed Faces: A Prologue, the artist collective Fehras Publishing Practices presents three fictional characters who take us on a journey into the 1960s. The Cold War era was among the most fertile and critical periods in the cultural history of the Eastern Mediterranean and North Africa regions. Politics became deeply entangled and intertwined with culture, and at the center of cultural change were writers, poets, and translators, many of whom established collectives and initiatives, publications, and publishing houses.

The characters drawn by Fehras Publishing Practices travel through an international network of academic and cultural institutions and move between opposing political affiliations. Their testimonials point to the role of international cultural foundations, organizations with dubious funding sources, and global institutions that strategically support local publishers. The depicted experiences are located between historical facts and fiction, between the artists' own biographies and the information they collected from archives, publications, letters, memoirs, and photos of protagonists and institutions from the Cold War era, as well as between cultural practices then and now. The artist collective will question notions of autonomy and independence in the midst of rival forces pushing for cultural hegemony, all the while reflecting on their own collective work as a political practice.

Fehras Publishing Practices (Kenan Darwich, Omar Nicolas, and Sami Rustom) is an artist collective and publishing house established in Berlin in 2015. It was founded as a response to mounting questions concerning the history and presence of art and publishing in the Eastern Mediterranean, North Africa and the Arabic diaspora. The research of Fehras focuses on the interrelation between cultures and publishing, which includes different fields of languages, archives, and arts. Their work was exhibited at Haus der Kulturen der Welt, Berlin (2019); Sharjah Biennale 13 (2017); and in Apricots from Damascus, SALT Galata, Istanbul (2016). They have recently curated the symposium Disappearance. Appearance. Publishing at Villa Romana, Florence.

Image is courtesy of the artists.