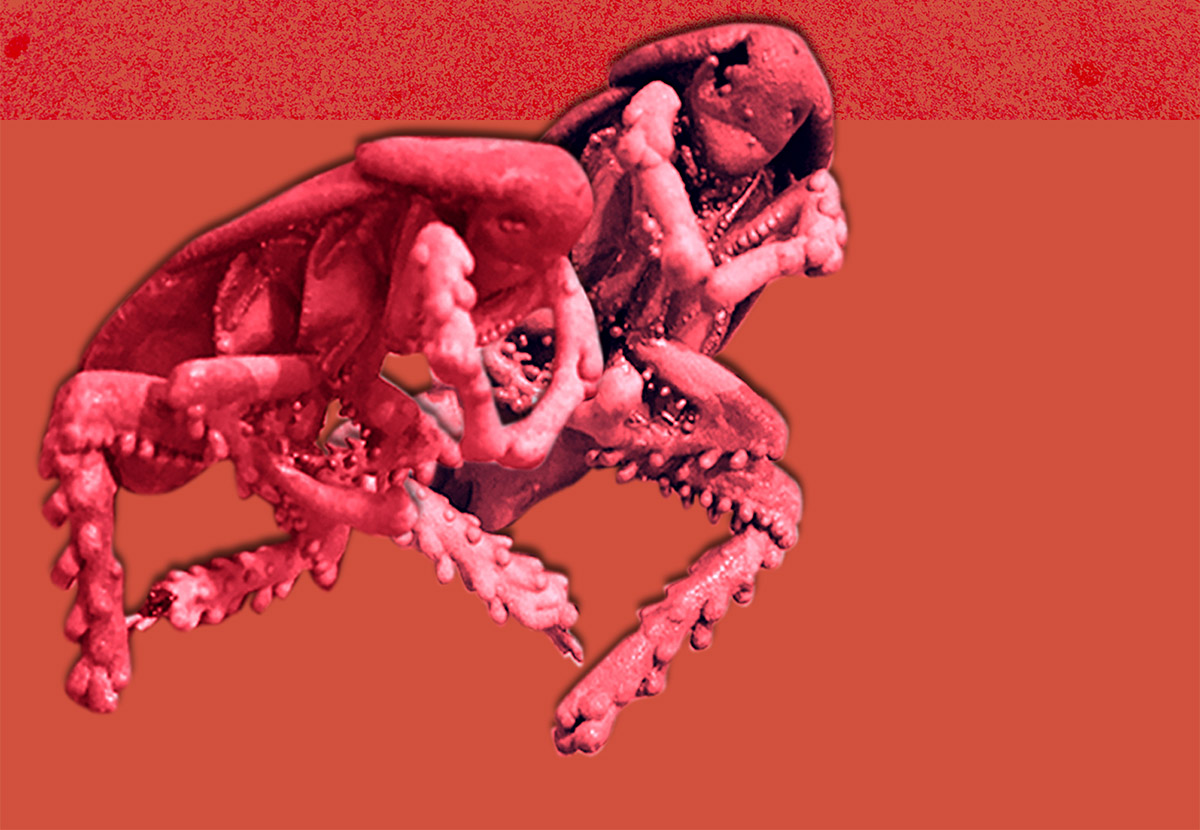 The history of the night has long imagined a time in which dark, irrational forces exist in opposition to the day. Associated with images of danger and doom—from nightmares to witch hunts—darkness has been trapped in the cloak of caution. Yet the night is far from being the culprit of our looming extinction; it too is subjected to humankind’s extractive impulses. Late capitalism, with its twin obsessions of relentless production and hypervisibility, has waged an out-of-sight crusade against night’s last pockets of rest, refuge, and fugitive possibility. Mirene Arsanios and Maryam Monalisa Gharavi’s collaboratively produced Dictionary of Night composes a subjective lexicon for the scenes of nightfall, where precarity, intimacy, and widespread infrastructural collapse meet the site of futurity.

Borrowed Faces is a photo novel that focuses on the history of publishing and culture in the  Eastern Mediterranean and North Africa regions during the Cold War era.

Hala Haddad is an American scholar of Syrian origins living in London, and Huda Al-Wadi a Russian and Arabic translator from Baghdad. Both women arrive to Beirut in 1960, where they meet Afaf Samra, a woman from Haifa and the owner of the Orient bookstore on Hamra Street. A friendship is soon established and nurtured between the three women, within a cultural scene dominated by male intellectuals, cultural institutions, and publishers. Afaf’s bookstore become a meeting point as well as a cultural and emotional space for agreements, arguments, and exchanges.

Borrowed Faces unfolds as a series of magazines presenting different stories. Each issue depicts the life and work of each of its three female protagonists in Beirut, uncovering unknown actions, capturing interpersonal relationships, and raising questions about processes of knowledge production, the politics of cultural funding, and the autonomy of intellectuals.

This publication is supported by the Arab Fund for Arts and Culture - AFAC.

EARTHBUILDING is a book by Dubailand, an environmental organization that explores the relationship between the environment and the human body. For this publication, members of the organization—Fakhir Baig, Raja'a Khalid, Ahmad Makia, METASITU (Eduardo Cassina + Liva Duaderva), Laura Metzler, Nima Nabavi, Miti Ruangkritya, and Moylin Yuan—graphically narrate their respective field work to advocate the merits of environmental thinking and spatial activism. Our effort is to reveal our own organization's interpretation of the surficial—matters and interactions with the earth's surfaces—to show the environment as not a place of science and entitlement but whimsical politics.

ص is not there. Longing for his friend, the author writes six letters. His millennial stream of consciousness is governed by intrusive moving images, finding their way into his words. Letters are conversations with the absent that allow a subject to transcend time and space. In the realm of the image, notions such as absence and presence take on meanings that rely on the state within which they are found - within the very fabric that constructs the image itself. And suddenly, presence appears as unhinged from ontologies of truth, and the Real becomes clearly more than what is there.

This Notebook Belongs to Rasha Salti. If Found … collects personal observations, unfinished letters, notes, and analog photographs—polaroid and black and white—that would be deemed as failures, to reflect on the ephemeral raw material that produces an imprint of the real and from which knowledge is also forged, in the lived experience of a curator.

Mirene Arsanios is the author of the short story collection, The City Outside the Sentence (Ashkal Alwan, 2015). She has contributed essays and short stories to e-flux journal,  Vida, The Brooklyn Rail, The Rumpus, and Guernica, among others. Arsanios co-founded the collective 98weeks Research Project in Beirut and is the founding editor of Makhzin, a bilingual English/Arabic magazine for innovative writing.

Maryam Monalisa Gharavi is an artist, poet, and theorist whose work explores the interplay between aesthetic and political valences in the public domain. Exhibitions, performances, and screenings of her work are various and include Nottingham Contemporary, UK; Serpentine Cinema, London; Pioneer Works, Brooklyn; New Museum, New York; Townhouse Gallery, Cairo; Parasol Unit, London; The Poetry Project, New York; among others. Publications include a translation of Waly Salomão’s Algaravias: Echo Chamber (Ugly Duckling Presse), The Distancing Effect (BlazeVOX), Bio (Inventory Press), Apparent Horizon 2 (Bonington Gallery), Alphabet of an Unknown City (Belladonna*), and in 2019, Secret Catalan Poem (The Elephants). She holds a PhD from Harvard University and an MFA from Bard College. She is currently an Artist-in-Residence at Recess Art in New York.

Fehras Publishing Practices (Kenan Darwich, Omar Nicolas, and Sami Rustom) is an artist collective and publishing house established in Berlin in 2015. It was founded as a response to mounting questions concerning the history and presence of art and publishing in the Eastern Mediterranean, North Africa and the Arabic diaspora. The research of Fehras focuses on the interrelation between cultures and publishing, which includes different fields of languages, archives, and arts. Their work was exhibited at Haus der Kulturen der Welt, Berlin (2019); Sharjah Biennale 13 (2017); and in Apricots from Damascus, SALT Galata, Istanbul (2016). They have recently curated the symposium Disappearance. Appearance. Publishing at Villa Romana, Florence.

Ahmad Makia is a geographer from Dubai. He writes about wet matters, Gulf landscapes, and sex. His writings have been published in The Avery Review, Chapati Mystery, The Hypocrite Reader, Ibraaz, and Future Anterior. He also is an independent publisher, founding THE STATE and ZIGG, and previously made books at the Sharjah Art Foundation.

Rasha Salti is a researcher, writer, and curator of art and film. She lives and works between Beirut and Berlin.

Christoph Terhechte is a writer, film programmer and photographer, working and living in Berlin.

Haig Aivazian is an artist living in Beirut. Working across a range of media and modes of address, he delves into the ways in which power embeds, affects, and moves people, objects, animals, landscape, and architecture. Aivazian has explored apparatuses of control and sovereignty at work in sports, museums, and music.

Jumana Manna is a visual artist working primarily with film and sculpture. Her work explores how power is articulated through relationships, often focusing on the body and materiality in relation to narratives of nationalism and histories of place. She is based in Berlin.

Ali Meer Azimi (b. 1984) is an Iranian artist based in Tehran, where he studied graphic design and computer engineering. He works in a variety of mediums, including sculpture, drawing, and writing. Meer Azimi’s practice contemplates the image and its relation to the specular space of contemporary art and politics through a cinematic lens. He participated in Ashkal Alwan’s 2016-17 Home Workspace in Beirut and Shifting Panoramas, the Feldfünf-Goethe Institute residency in Berlin. Meer Azimi was one of the three artists participating in the Iranian national pavilion at the 58th Venice Biennale (2019). Group exhibitions include When Legacies Become Debts, The Mosaic Rooms, London (2019); Space Edits (The Trouble with Language), Beirut Art Center (2018); The Magic of Persia Contemporary Art Prize (MOP CAP) Finalist Exhibition, Bonhams, London (2017); and Accentism, Taxispalais Kunsthalle Tirol, Innsbruck (2017). He held two solo shows in Iran.