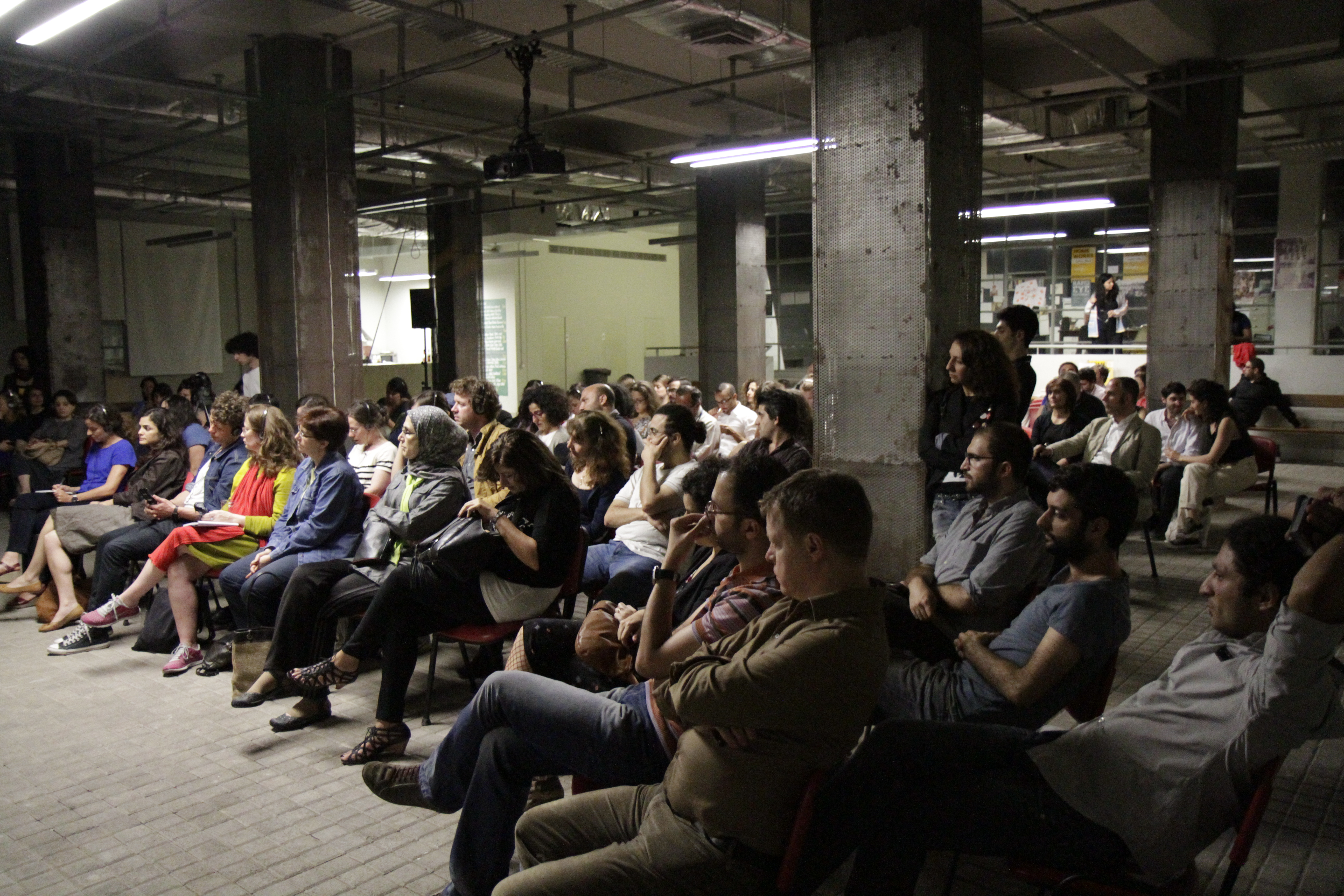 Following the success of the 2021 edition, itself shaped as a response to the ongoing political and economic collapse in Lebanon and the global Covid-19 pandemic, the eleventh edition of the Home Workspace Program (HWP) will launch online in late February, 2022. HWP is open to anyone wishing to attend and free of charge. All interested individuals are invited to pre-register for each separate chapter, workshop, or seminar.

Launched by Ashkal Alwan in Beirut in 2011, the Home Workspace Program is an arts study program open to artists from Lebanon and the world over to develop their formal, technical and theoretical skills in a critical setting.

HWP was initially developed to explore interdisciplinary, critical models of art education in Lebanon and beyond.

HWP 2022 will consist of three individual chapters, four seminars, and four skills-based workshops unfolding over the course of five months from February to July.

Each chapter will last for three weeks and will be organized by a pairing of Lead Professors who will:
(1) design a specific curriculum responding to a set of theoretical and aesthetic concerns, and
(2) invite up to two Visiting Professors to each lead a seminar, workshop, or collective reading session.

Individual seminars will span for up to two weeks, opening a space for dialogue on current issues and critical frameworks.

Skills-based workshops will be held in parallel with the individual chapters throughout the eleventh edition.

All artists, writers, and cultural workers from Lebanon and elsewhere are invited to pre-register and take part in individual chapters—each containing their own set of seminars, workshops, lectures, and critiques.

The chapters will unfold over the course of five months, beginning in March 2022 and ending in July 2022.

This chapter will explore theoretical and artistic concerns and methods developed collaboratively over the years—revisiting dominant HIStory, antifascist legacies, transgenerational care, and prefigurings of the commons.

Through a queer feminist framework, our practice deploys various strategies, from ecriture feminine and feminizing male narratives, to grappling with dominant male subjectivity and toying with gender poetics.

We view form and content as closely intertwined. We take the materialist post-structuralist position that an abstraction is never divorced from its material origin, as its medium is the material vessel of communication that intervenes in the realm of the signified, to generate new meanings and possibilities.

The chapter will consist of lectures, seminars, screenings, and guest-led interventions. Using our works and theoretical writings as a repository of topics and tools, we will attempt to articulate a framework for understanding and practicing: Feminist story-telling, writing HERstory, the womanly face of war, landscape dramaturgy, multiplying gazes and perspectives, and radical slowness. Participants are invited to find and share examples from their own research and experience.

Chapter 2 | On Ruination
by Jumana Manna & Jesse Darling
This chapter takes ruination as a theoretical tool to describe an active process, an aftermath normalized into a condition, and a process of becoming. Ruination is the planetary condition of our epoch, affecting every material and immaterial aspect of life and land. The ruination of capitalist, colonial and imperial violence generates physical destruction, emotional breakdowns and gutted infrastructures, and toxicities of the soul and soil.

Rotting organisms that feed other processes of regeneration could serve as metaphors for poetics, as well as artistic practices that engage ruination in order to subvert it. A mushroom can grow from decomposing waste, as art and literature can open new ground for self-determination amidst oppression. But rather than resort to the mandated ‘resilience’ of permitted self-expression—or  a complacent form of self-care amidst the ruins—this chapter will examine theoretical and non-theoretical writing, films, and artworks that go beyond placid notions of cure and therapy.

We wish to think together, to articulate the potentials and problems of constant recomposition and adaptation in the face of structural violence, societal decay and the dereliction of care. We will engage with works that acknowledge this double bind, through complementary strategies of speech and its withdrawal, visibility, and opacity. These works focus on lived experience; materiality and the sensorial; and locating vitality in detritus and potentialities in unfinished histories. They look toward renewed imaginaries of what we can call collective.
Our guest speakers and co-thinkers will be Ann Laura Stoler and Rana Issa.

Stoler’s essay “The Rot Remains”: From Ruins to Ruination (2013), serves as a discursive anchor point for our chapter. In her talk she will speak about her latest work on the politics of sentiment—as one place where the issue of ruination and rage, as well as resentment and indignation, are vividly expressed.

Issa will theorize her auto-historical account of individual defiance of ruination in the Levant, and will explore the necessity of testimonial writing in the face of destruction and dispossession.

Through talks, reading groups, film viewings, and mini exercises, this seminar thinks about the work of art in the age of ruination—a condition all too familiar in Palestine, Lebanon, the region at large, and beyond. The central question we will be asking throughout this chapter is what art in its various forms can do: as ritual, as thinking praxis, as a site of desire and political imagination. We invite artists, filmmakers, writers, poets and cultural practitioners to register: in particular those who experience the ongoing effects of ruination as both personal and political, and those who want to think with others about artistic and poetic strategy in the face of collapse.

Chapter 3 | Conversations
by Rayyane Tabet & Eungie Joo
con·ver·sa·tion (känvərˈsāSH(ə)n) noun
A talk, especially an informal one, between two or more people, in which ideas are exchanged.
This chapter is structured around a series of conversations with artists, focusing on the idea of a conversation as a place of gathering, and a way of thinking and working.

Each session will begin with a presentation by the invited guest on a work, an exhibition, or an idea, followed by a conversation with the participants moderated by Eungie Joo and Rayyane Tabet.

At the end of each session, the invited guest(s) will share a list of books, film, sounds or any suggested material for further research. This material will be compiled to form a collective bibliography, filmography, and sound library.

The first session will introduce the chapter’s conceptual framework and explore the work of the lead artists; the second session will turn the conversation over to the participants, to put them and their practices in dialogue with each other. From there on out, the lead artists alongside the participants will be in conversation with the invited guests.

In parallel to the ongoing chapters, HWP will offer four skills-based workshops, that are also free and open to all who pre-register. Workshops will offer participants hands-on experience with various technical tools, seminars will open a space for dialogue on current issues and critical frameworks.

- About the Home Workspace Program